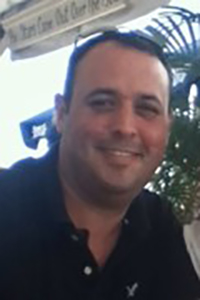 Before joining the 4C’s Team, Mr. Lyman served as a Field Technician with the Underwater Autonomous Vehicle company, Hydroid Inc., from January 2014 through March 2016, where he was a subject matter expert for cutting-edge UAV operations worldwide and deployed as a military contractor with the US Navy to support naval underwater robotics in all theaters of operation.

While at USCG Air Station Atlantic City, he served as the lead technician for the MH-65 fleetwide engine upgrade program at US NAS Patuxent River, MD Flight Testing Center, implementing the Turbomecca 2C2's replacement of the LTS-101 engines.   HE has accumulated over 3,500 hours of flight during his military career.  In 2013, he graduated with high honors from National Graduate School, earning a Bachelor of Quality Systems Management.